The family of a much-loved grandmother has thanked hospital staff for the amazing care she received while being treated for Coronavirus (COVID-19).

Su Butcher’s mum Jacky Hall was being treated for the virus at Colchester Hospital during December and January. She said the staff on Fordham Ward were “absolutely fantastic” while Jacky was being treated.

Su, who lives in Frinton-on-Sea with her husband and 16-year-old son, said the staff not only cared for her mum, but also arranged FaceTime chats between her mum and dad, John Hall.

The nursing team on Fordham answered Jacky’s phone and set it up for her so she could speak to John. 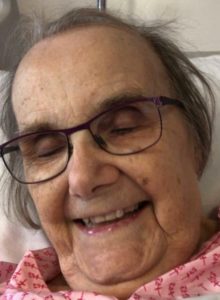 Su, who runs a digital construction consultancy, said: “Being able to talk to Mum was an absolute godsend. My Dad called the ward and then the nurse would sort the phone my Mum’s end and so they were able to sit and chat. She struggled to hold the phone near the end as she also had Parkinson’s, so the nurses always made sure it was secure before they spoke.

“As we weren’t been able to visit, it’s was such a great way to communicate.”

Su, who called her 83-year-old mum an “amazing and special woman”, has been documenting her life on Twitter. Jacky sadly passed away last month. 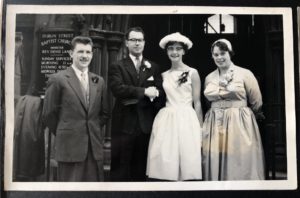 Jacky and John Hall at their wedding. The couple celebrated their 60th wedding anniversary last July and had a Zoom party with their family.

Jacky, who worked as a specialist translator and John, a former head teacher, lived in London before moving to Frinton-on-Sea, but the couple also lived in Singapore, Liverpool, Newcastle and Germany. Jacky graduated at the age of 50 and then spent 20 years in her career as a translator. 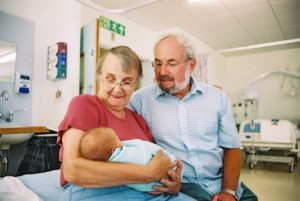 In one of Su’s tweets about her mum she said: “Today she cried when he was talking to her about all the lovely things they have done together – the first response we have had from her in days.”

Jacky was moved to St Helena Hospice during her final days, before she passed away on Sunday 10 January.

Families of patients can communicate with their loved ones in a variety of ways. They can organise telephone conversations or FaceTime by speaking to the nurse in charge on the ward. It is also possible to send emails or voice messages through the Letters for Loved Ones service. More information is available on the ESNEFT website.