Long-term patient volunteers at hospital to ‘give something back’

Having been treated for type 1 diabetes since the age of two, Jack Dawson is familiar with trips to Ipswich Hospital.

But in addition to his regular hospital visits for blood tests, or discussions about medication, the 18-year-old from Ipswich has decided to become a volunteer so he can give something back to the Trust.

Jack, who lives in Ipswich with his parents and 14-year-old brother, decided he wanted to help out after years of care from staff he calls “amazing”. 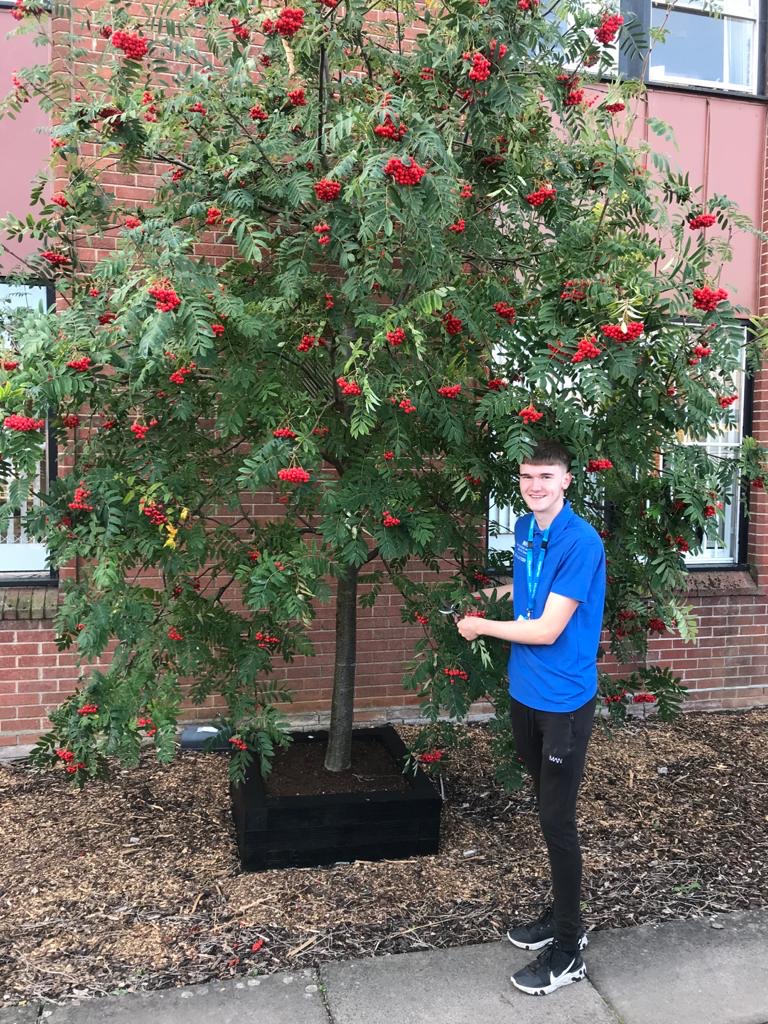 After finishing his A levels in Graphics, PE and photography at Northgate Sixth Form in Ipswich, he felt he was able to dedicate some of his time to the hospital, and has joined the team who maintain the gardens and grounds to help improve areas around the site.

Jack said: “I have been going to the hospital all my life because of my diabetes. I have my bloods taken every six months and everyone has helped me out so much. If I’ve ever needed any help they’re there.”

Jack has been working on a decking area near pathology for patients, visitors and staff to sit.

He said “I’m not stopping until I’ve completed the decking. I know I’m not doing a massive thing, but hopefully it’s helping people to have an area to relax in.”

He’s also been painting railway sleepers for flowerbeds, working with bark chippings on the site and renovated a pergola. 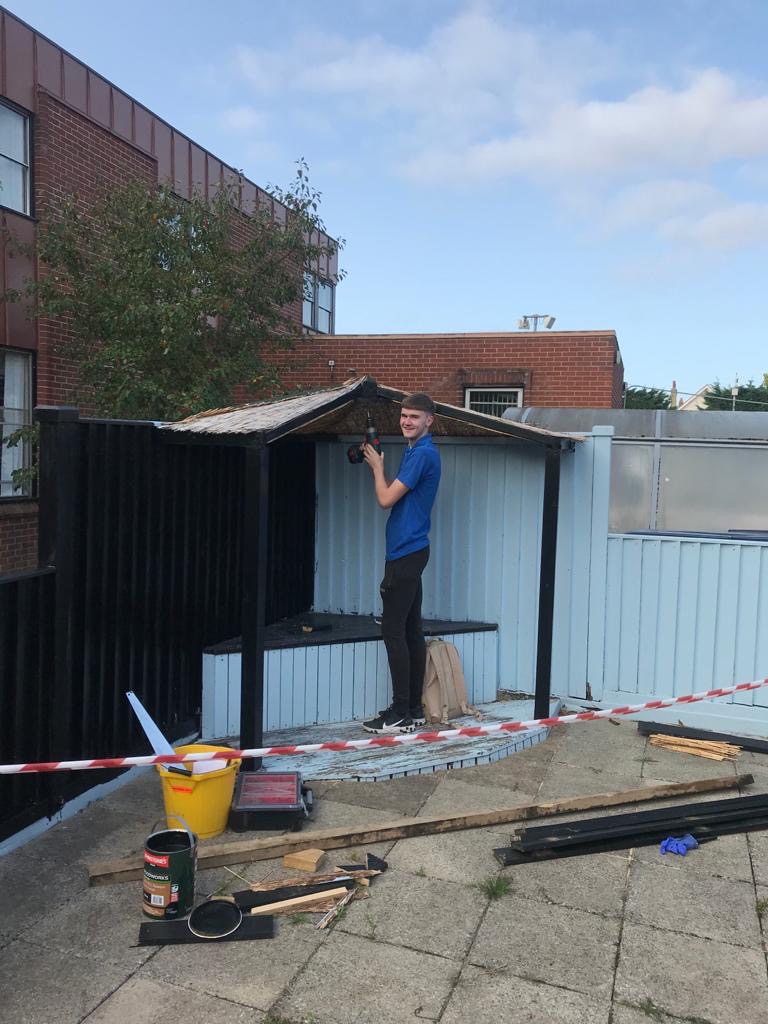 Peter Chapman, grounds manager at ESNEFT, said: “Jack has made great progress so far, with repair work to the summerhouse nearly complete and general gardening coming along nicely.

“Jack has shown maturity and forward thinking towards this project. I feel being able to offer people these opportunities is a huge positive and brings much enjoyment, reward and in turns helps to support our Trust.”

Jack’s diabetes is monitored regularly through a system which connects to a piece of plastic in his arm linking up with an app on his phone. He said he checks the app every ten minutes to ensure his blood sugar levels are OK, as well as taking regular medication to balance his insulin levels.

He said: “It feels nice to be able to give something back. I’m learning new skills too and trying out this kind of work. I’ve always wanted to see what working in this environment would be like, so it’s a great experience too.”