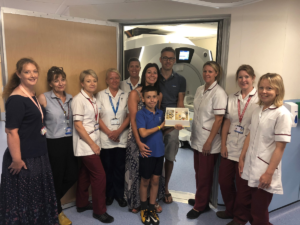 A dad with a dab-hand for Lego has built a mini version of a hospital scanner to help Ipswich Hospital’s child patients. MRI scanners are large, heavy and noisy so unsurprisingly lots of children get scared about having a scan. Now youngsters can play and learn from the fun working model built by Chris Johnson, father to nine year old patient Livio.

The detail is amazing – there are doctors in uniforms with scans on their computer screens, flowers in the waiting area – there’s even an Ipswich Hospital door sign and real MRI sounds. It’s going to help a huge number of children, and their parents too.

Mr Johnson has been a fan of Lego since childhood. Asked why he built the model, he said:

The hospital has really helped Livio, the staff have been really great… but it’s also a good excuse for me to play with Lego! The idea is that children can make their own patient as there is a bag of different clothes, hair colours and faces – so they could make someone like them. 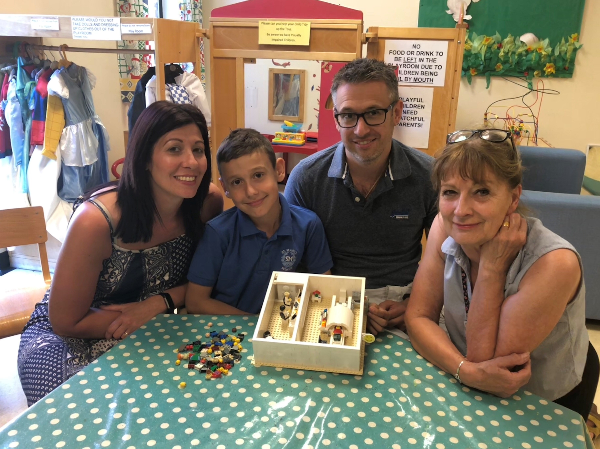 Mr Johnson was supported by his wife Maria and Livio. The family lives in Ipswich.
Livio, who gets treatment at the hospital for severe allergies, said: “I think when other children see it, they might think that having a scan is okay because they can see what will happen.

I helped my dad put some bits of Lego on. My favourite bit is when the sound comes out when you put the figure in.

We’ve already had a child come down to us who said they’d been playing with the Lego model on the ward and they completed their scan – so that’s a good sign.

What is an MRI scanner?

MRI stands for magnetic resonance imaging. It’s a type of scan that uses strong magnetic fields and radio waves to produce detailed images of the inside of the body. They are used for almost all parts of the body. An MRI scanner is a large tube containing powerful magnets. Patients lie inside the tube during the scan. 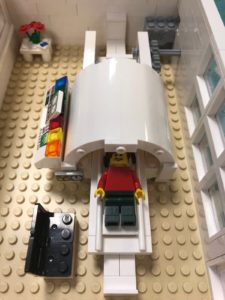 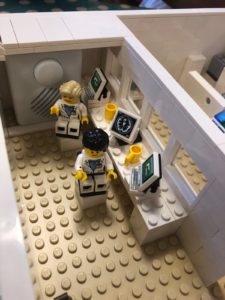