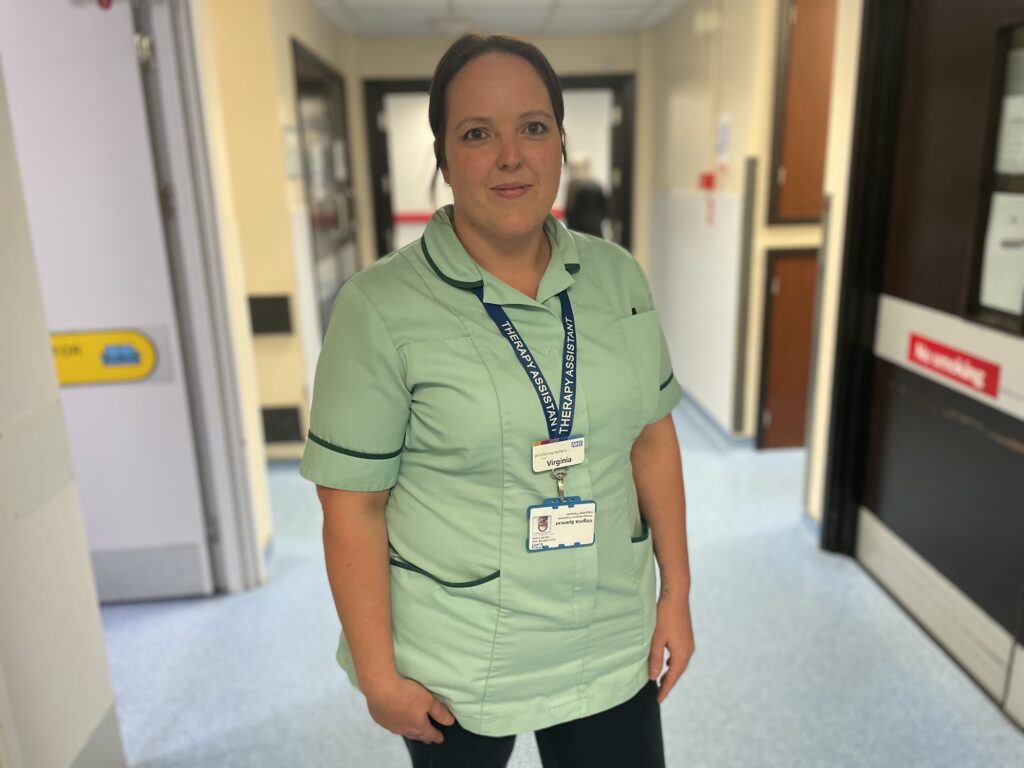 A passion to work in health and social care has driven a mum-of-two to battle against the odds and work her way up the allied health professional (AHP) ladder.

Despite starting her NHS career with a young family, therapy assistant practitioner Ginny Spencer is well on her way to becoming an occupational therapist (OT) after starting an apprenticeship this month.

With support from her team at East Suffolk and North Essex NHS Foundation Trust (ESNEFT), Ginny is now in on-the-job training, combining one day a week of study at the University of Essex with placements across the Trust, including Ipswich Hospital where she is based, and in community/neighbourhood settings too.

She said: “Doors are open for progression if people want it. I have felt really supported and encouraged to do additional learning and training. I feel so lucky.

“Up until four years ago I didn’t know what an OT was – I had wanted to be a nurse since I was eight – but things happen for a reason.

“I’m passionate about reablement and offering patients person centred care and recommendations to help them to complete everyday tasks. What OTs do is inspirational and the more I’ve worked with them I’ve just thought ‘I need to do this’.”

When Connor was two Ginny started a nursing degree, which she withdrew from after falling pregnant with her daughter Elsie, now 13. However, that was enough to spark her interest and passion to work in health and social care. 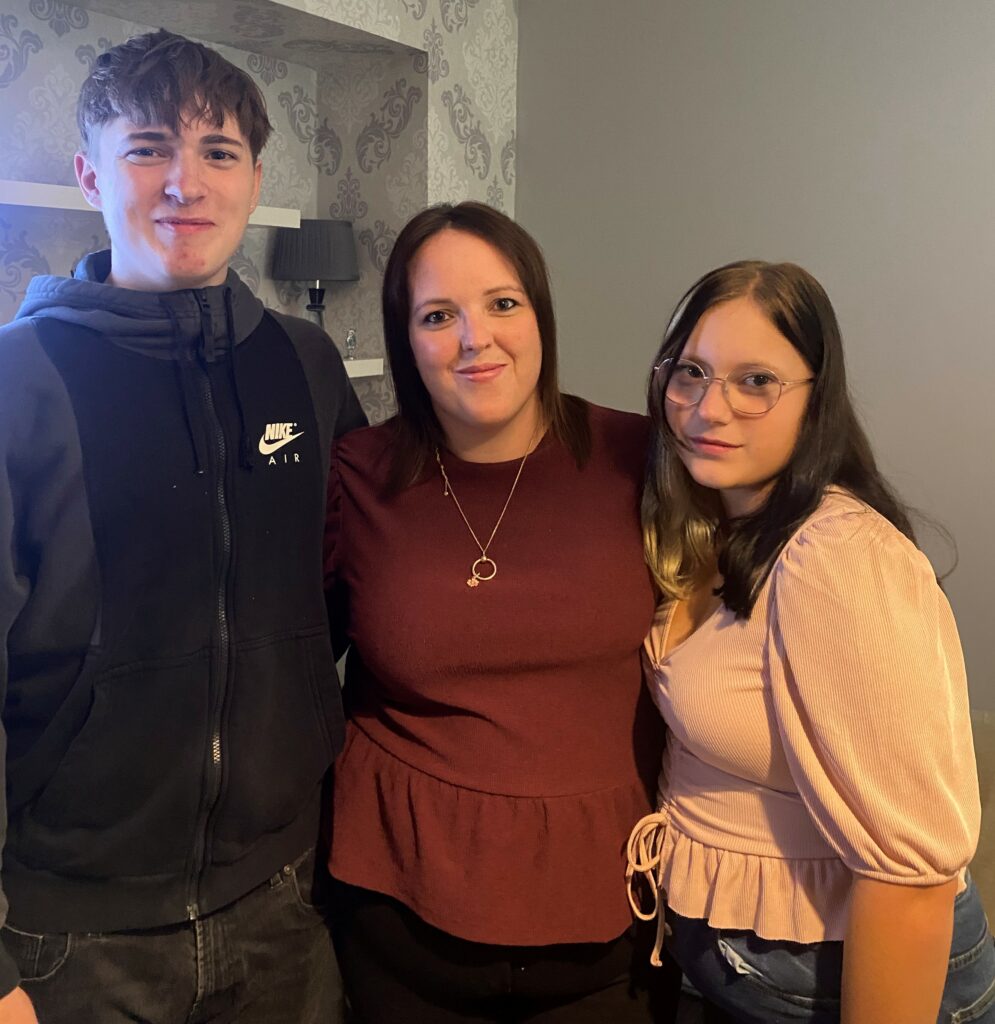 She said: “I’m so pleased to be doing this apprenticeship. When I had to leave university, I was pregnant with my daughter, and I thought that was it. I don’t know how I got here – even now I think ‘how will I do this’ – but I hope my kids will be inspired by me.”

In her current role, Ginny supports her AHP colleagues, including OTs, physiotherapists and speech and language therapists and dieticians, as well as doctors and nurses, with key tasks. These include discharge planning, discussing a patient’s needs for their transition to home and what support they may need going forward.

She also helps with setting goals for patients, getting them up and about while they are in hospital to prevent deconditioning and rehabilitation work in collaboration with her peers.

“It’s given me a real insight into their roles which has given me the opportunity to see what they do and that I want to progress,” she said.

“I feel like my career path has fallen into place. I’m so excited about being an OT. What I have seen and learnt about the role already has just scratched the surface, and I’m eager to learn more – they (OTs) do so much.”