When Margaret Holton called her doctor because she felt a bit breathless, she didn’t realise quite how poorly she was. By the time she reached hospital a few hours later, she was fighting for her life in intensive care.

The 60-year-old from Aldeburgh called her doctor on 5 April, but “remembers very little” about being admitted, or the following 31 days she spent in Ipswich Hospital with COVID-19.

Her family, which includes siblings Sandra, Paul and Susan, were told to expect the worst when Margaret first went into Ipswich Hospital, but Margaret is now back at home recovering after spending a further three weeks at Aldeburgh Hospital.

Ms Holton, who works at Bagot’s Newsagent in Aldeburgh, said: “All the staff who cared for me are absolutely fantastic. I remember being in Aldeburgh Hospital the most and the staff there were just so kind to me. They kept my morale up when I kept begging to go home.”

When Margaret started to feel better, she was able to have phone calls with her family.

Margaret, who lives with her sister Sandra Thomas, said: “It was really lovely to be able to talk on the phone, but it’s even better to be home with Sandra who is looking after me. I’m still very shaky and am only able to walk with a frame.”

When she left Aldeburgh Hospital she was clapped out by all the staff and when she arrived back home, her siblings, nieces and nephews welcomed her with balloons, banners and cheers. “It was a wonderful way to come home” she said. 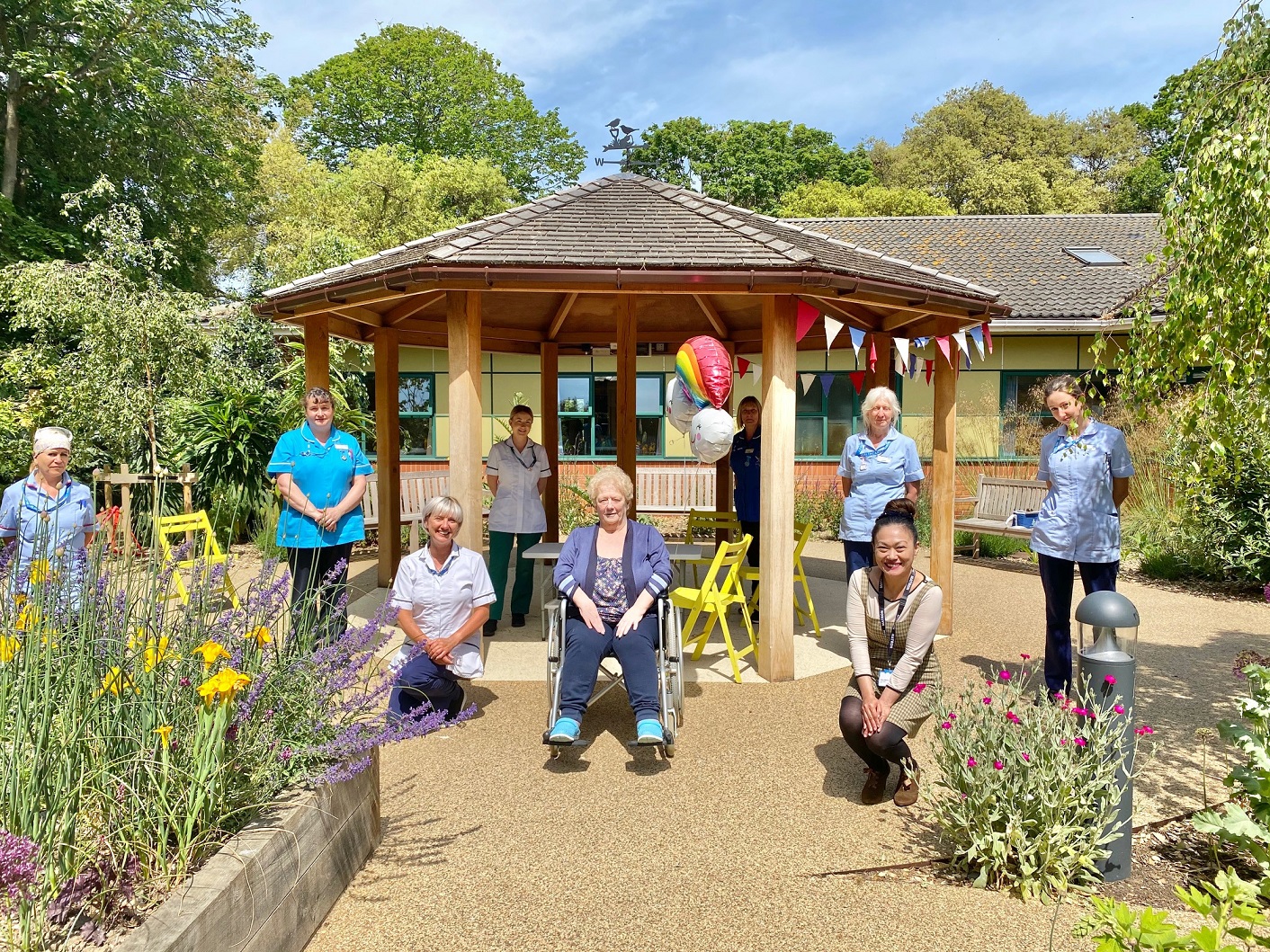 Sandra, 73, who moved in with Margaret 15 years ago when her husband died, said she is so relieved she has her sister home after a terrifying few weeks.

Mrs Thomas added: “I just didn’t expect that initial call from the hospital telling me they didn’t think Margaret would make it through the night. She didn’t have a fever but must have felt pretty poorly to call the doctor. I was terrified she wouldn’t make it.”

Sandra added that she received daily calls from the teams looking after her sister to update her on how her younger sister was.

“It’s a miracle she’s survived. She’s still very weak and she gets frustrated when she can’t do something, but it’s lovely to have her back.”

Tisha Morelos, Modern Matron at Aldeburgh Hospital, said the whole team are so pleased that Margaret has recovered. She added: “When Margaret came to us she was immobile and poorly, so to see her getting better from COVID-19 was really great. The whole team – from nurses, physios, therapists – are all so happy to witness her recovery. It was very emotional the day she left to go home.”