How the Time Garden has helped me – a patient’s story 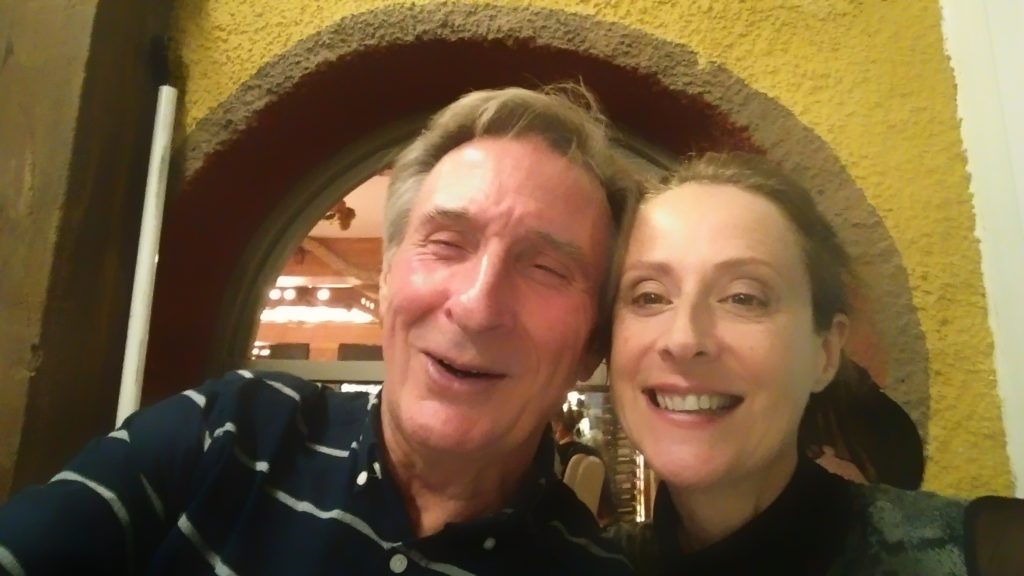 “I can’t say enough good words about it, it’s perfect.”

That is what 74-year-old Alan Fowler has said about Colchester Hospital’s Time Garden. He has benefited from using the tranquil spot almost daily while he has been cared for on West Bergholt Ward.

He has benefited from using the tranquil spot almost daily while he has been cared for on West Bergholt Ward.

Research shows green space and gardens in hospitals can benefit patients’ health and wellbeing. This is something Alan, who hails from Clacton, can vouch for.

He said: “I didn’t know what to expect, but when I went into the garden for the first time I realised immediately how it lifts the spirit. What a wonderful change from the environment on the ward, there was a sense of total uplifting, I felt really well afterwards.” 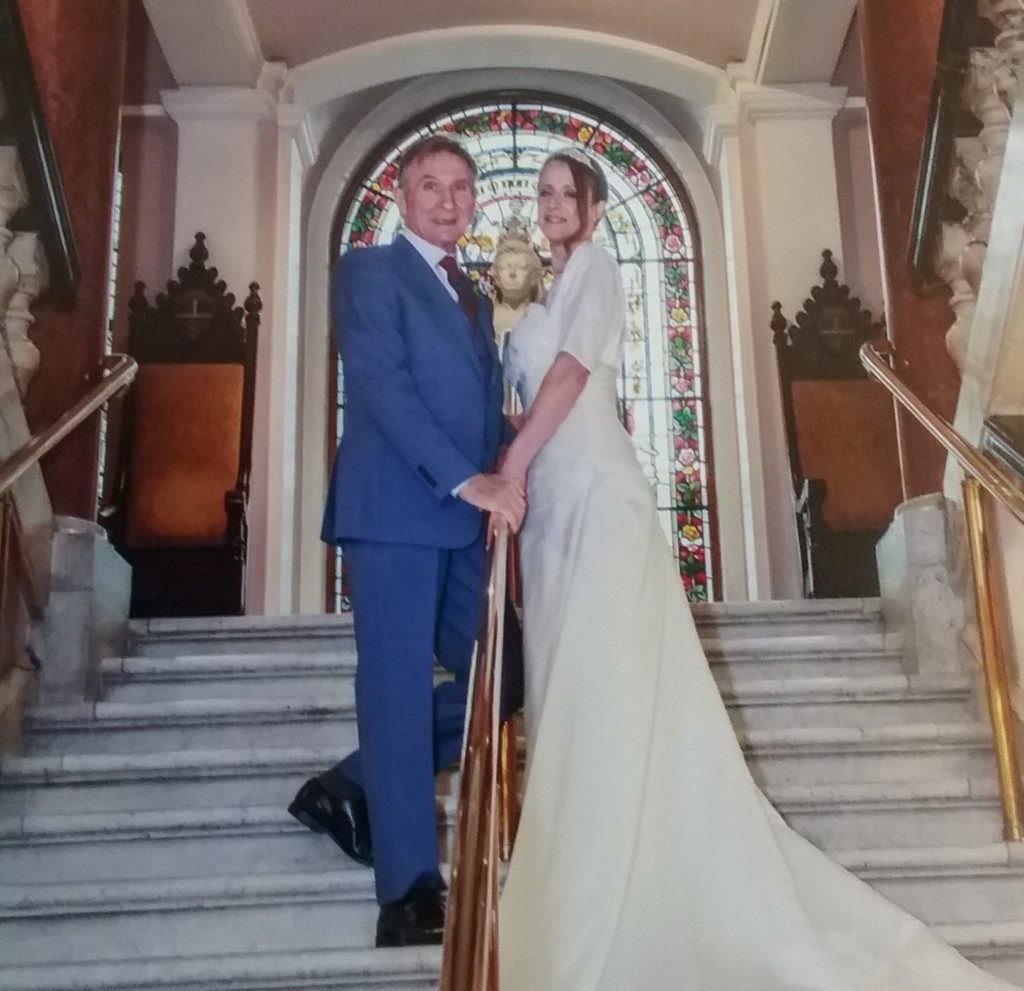 Alan, who has three children, six grandchildren and four great-grandchildren, was diagnosed with a tumour on his pancreas in late 2016. He underwent major surgery to remove it in 2017, but it was discovered the cancer had spread just one month later. He is now being supported by the hospital’s end of life team.

The Time Garden is just one element of palliative care that is offered to patients and their families by East Suffolk and North Essex NHS Foundation Trust (ESNEFT), which runs Colchester Hospital.

It is open all-year-round for patients who are approaching the end of their life, providing a peaceful area of calm within the hospital for them to spend precious moments with their families and friends. 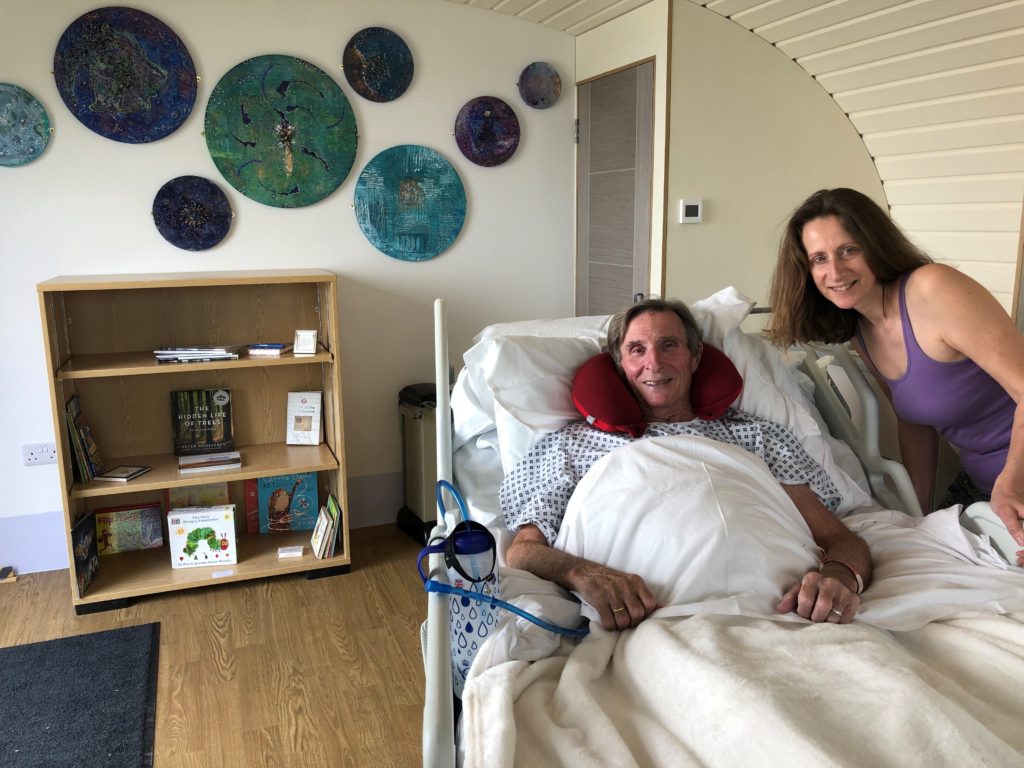 With his wife Helen, who he married soon after being diagnosed, the couple have been joined by many friends in the Time Garden. They have been able to play and listen to music, and enjoy a beer together, as well as many happy conversations, bringing back old and fond memories.

We go down there to chill out, it’s wonderful. It gives you a short time of respite and I’m sure many people will get great joy from it. I can appreciate it won’t be convenient for everyone, given the variations of illness on the ward, but I feel it would be so beneficial for more to use it.

The Time Garden Appeal, run by the Colchester and Ipswich Hospitals Charity, raised £160,000 to make the vision behind the project a reality. It was made possible thanks to generous support from the community through a number of voluntary donations.

Alan, who worked in the printing industry as a compositor and has a passion for travel, music and Morris dancing, has been so invigorated by his experiences in the Time Garden he is making a donation of £1,000 to pay for any future improvements it may need.

He said: “The experience of feeling restful and the atmosphere is something I have I loved, it makes me feel so relaxed.”

To find out more about the Time Garden and to donate, visit http://www.colchesteripswichcharity.org.uk/time-garden-appeal/