When Debbie Hollingsworth noticed blood in her urine, her GP referred her to Colchester Hospital. A CT scan discovered Debbie had two kidney stones and the best treatment would be to have them broken up so she could pass them.

Rather than have an invasive procedure, Debbie was able to have lithotripsy treatment using a new permanent lithotripter which breaks down the stones using sound waves. 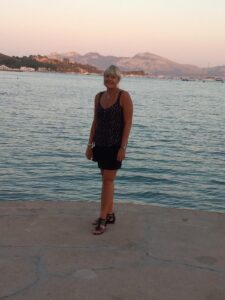 Debbie, 52, said: “I had to lay in warm water while having shock waves that felt like having an elastic band pinged on my back and lasted around an hour. It was fantastic to be able to have treatment without it being an operation.”

Symptoms of kidney stones are stomach pain or feeling sick, with more severe symptoms being weeing blood, as Debbie experienced, severe pain, a high temperature or episodes of shivering or shaking.

The mum-of-one works in her husband’s catering company, said after the procedure she felt fine and was able to go home within hours.

She added: “I had a little bit of tummy pain after and my wee was a bit gravelly from the broken up stones, but I’ve had no problems since. I’m so pleased it’s been sorted quickly as my Mum also had kidney stones and ended up getting sepsis.” 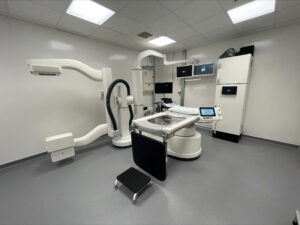 The new lithotripter at Colchester Hospital is a £1.1m investment and will mean patients from both the Colchester and Ipswich areas can be treated. 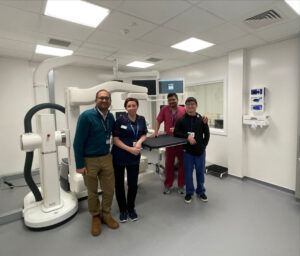 Mr Sam Datta, consultant urological surgeon and Clinical Director for urological and vascular surgery at ESNEFT, said: “Having a new fixed-site lithotripter is a huge benefit for patients as it offers more effective treatment and there’s no need for an operation, which in some cases can be more than one operation if a patient has multiple stones.

“The sound or pressure waves essentially break up the stone or stones and turn them to dust or small fragments the patient can then pass in their wee.

“Investing in a fixed-site lithotripter allows us to break more stones more often, and for use on emergency patient presenting in pain.”

The NHS website has more information about the symptoms and treatment for kidney stones. Speak to your GP if you have any concerns.