Extra help to encourage mums-to-be to stub it out

Mums-to-be who plan to have their babies at Ipswich Hospital are now being given extra help to stub it out earlier in their pregnancy following the launch of a convenient new stop smoking service.

The service sees specially-trained midwife Angela Leach, in partnership with One Life Suffolk, offer support to women, along with any nicotine replacement therapy they may need, during routine appointments. Previously, they would have been referred to an external stop smoking provider for support.

The initiative launched in February and is being highlighted in the run up to national no smoking day, which takes place tomorrow (Wednesday 13 March). It has been introduced as part of the national “Saving Babies Lives” programme, which aims to cut stillbirths by 20% by 2020 by reducing smoking rates, giving women more information about fetal movements and introducing extra scans and monitoring for those at a high risk. 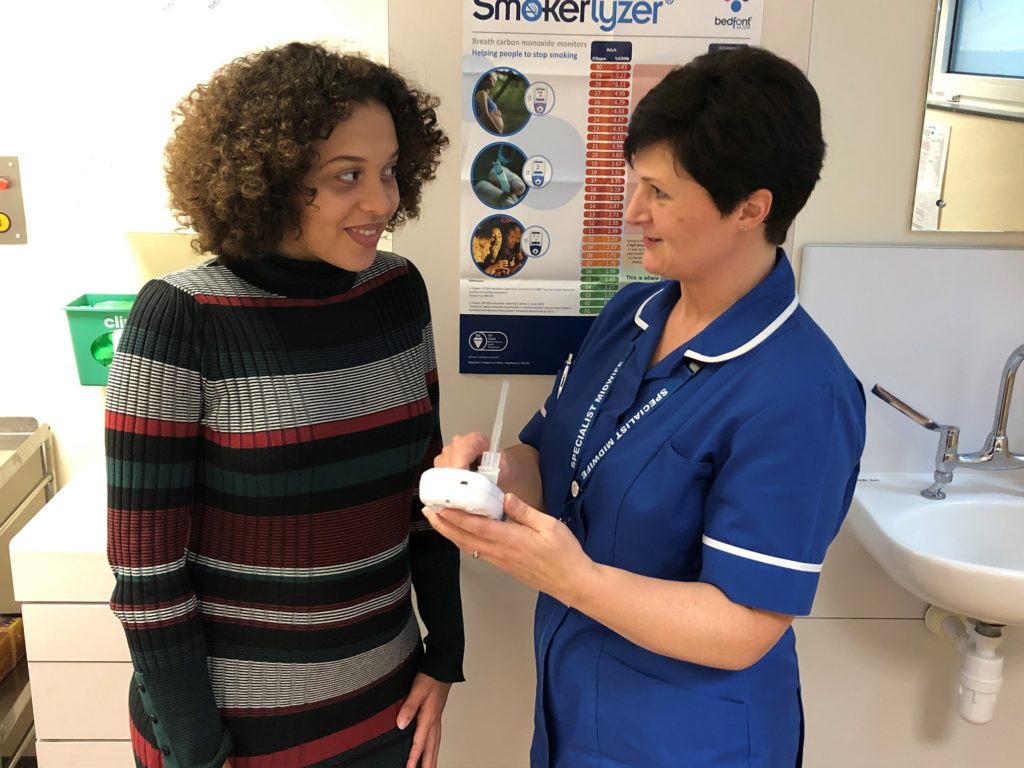 Emily Ruegg, practice development midwife at Ipswich Hospital, said: “Saving Babies Lives is an ambitious drive which aims to significantly reduce the number of babies who are stillborn across the country. This is a very real problem in England, where around 4,000 babies are lost to stillbirth every year.

“Smoking during the pregnancy increases the risk as it means the baby cannot get all of the oxygen it needs to develop and grow, which is why we have introduced this new service.

“We want to make it as easy as possible for women to get help and support to stub it out for good. Our smoking cessation midwife can offer nicotine replacement therapy on the spot, as well as offering the women regular phone calls and consistent support, which evidence shows makes people four times more likely to quit.

“This approach has made the service much more convenient and accessible. Its already proving popular with mums-to-be and saw a significant increase in women taking up the offer of support in the first two weeks after its launch, which is great news.”

A similar service is already in place at Colchester Hospital and has helped to reduce smoking rates among pregnant women by nearly 7%. It has proved such a success that it is being showcased by NHS England as an example of best practice.

Pregnant women can self-refer to this service by emailing chu-ftr.stopsmoking@nhs.net