Patients are benefiting from a £350,000 refurbishment of a Trauma Orthopaedic ward at Colchester Hospital after it was given a complete overhaul.

Fordham Ward cares for patients 16 and over with bone and joint conditions. The brighter and more modern surroundings will make their hospital stay less stressful.

Rossa Baker, senior matron for the Musculoskeletal Division at East Suffolk and North Essex NHS Foundation Trust (ESNEFT), and Chris Tweddle, ward sister, have welcomed the improvements, which have also been well supported by the Therapy team.

“It’s made such a big difference.

It’s freed up a lot of space in the middle of the ward so those patients who can and need to get up and moving have room to go for a walk without having to squeeze past the nurses’ desk as that’s been removed.

We’ve had really good feedback about the space and how light and colourful it is for patients.”

Debbie Allen, capital projects officer at ESNEFT, said the colour scheme was chosen for the ward by following dementia guidelines to help patients with the condition or cognitive impairments after surgery.

The entrances to the bays are painted in bright colours and themed with flowers. There are also dementia friendly handrails and new clocks in each of the bays.

Other improvements to the ward, which is on Constable Wing and took around eight weeks to complete, include: 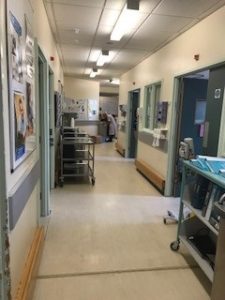 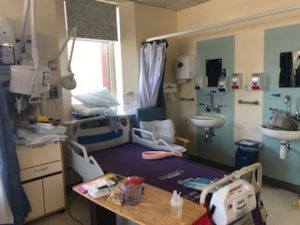 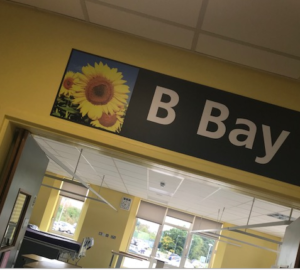 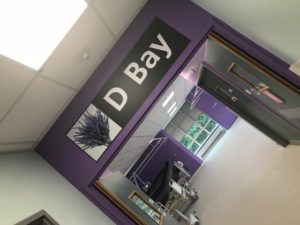