Thursday (12 May) is International Nurses Day and will see nurses from around the world join forces to celebrate the difference they make to patients every single day.

To mark the event, two ESNEFT nurses have explained what they enjoy so much about the job and the satisfaction they get from working in the NHS. 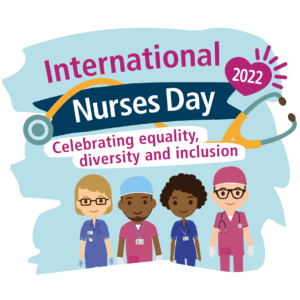 When Stephanie Magbanua moved from her native Philippines to pursue a nursing career overseas, she never dreamt she end up finding her second family.

But that’s exactly how she sees the Emergency Department (ED) team at Colchester Hospital, who pull together when times are tough and pride themselves on the support they give to patients and each other.

Stephanie joined East Suffolk and North Essex NHS Foundation Trust (ESNEFT) in 2018 after qualifying as a nurse in her home country in 2011. And despite arriving in the UK during a heavy snowstorm, the reception she received couldn’t have been warmer, with the Trust arranging transport from Heathrow, accommodation and collecting groceries for her.

Since then, Stephanie has continued to receive “great” support as she has progressed to become a practice educator, with responsibility for helping other international recruits to settle in and pass their OSCE exam so that they can register as a nurse in the UK.

And although her educator’s role is full-time, Stephanie enjoys frontline care so much that she still completes one or two shifts a week in the ED. 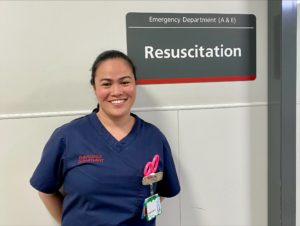 “I really like emergency medicine as its not routine – every day is different and you get a real feeling of anticipation when you come to work,” said Stephanie. “The ED team have become my second family – we were together throughout COVID-19 and picked each other up when the pressure was immense. We survived it together and developed so many strong relationships.

“But I also enjoy my practice educator role too. I came to ESNEFT as an international recruit and this role has given me the chance to offer other overseas nurses the same support which I received when I started. Its really nice as it feels like you’re giving something back.

“I am very proud to work for the NHS and would definitely recommend a career in nursing as you get the chance to make a difference. It is like a big family and there are always people there who are happy to help, which is part of what makes the NHS so special.”

When Paolo Zabat meets one of his patients in the corridors at Colchester Hospital, nothing gives him greater pleasure than when they stop him to say thanks for caring for them so well.

Because feeling like he has made a difference is the thing which Paolo enjoys the most about his job with East Suffolk and North Essex NHS Foundation Trust (ESNEFT).

Paolo relocated to Essex from the Philippines in 2017 as he was keen to develop his skills overseas. He quickly fell in love with the NHS which in turn inspired his sister – who was nursing in a local hospice at the time – to switch roles and join him at Colchester Hospital. 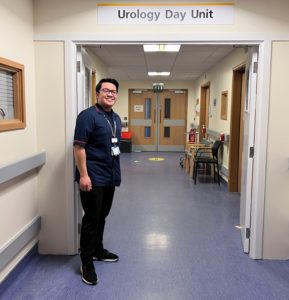 Since then, Paolo has progressed from working as a pre-registered nurse while he gained his Nursing and Midwifery Council pin to training as a staff nurse and Uro-Oncology clinical nurse specialist. He was redeployed to the role of Urology advanced nurse practitioner during COVID-19 before earning a permanent promotion to the band 7 role last year.

And being given the opportunity to learn and progress his career is one of the things Paolo cherishes the most about nursing.

“Every day is a learning experience and I’m so grateful to have been given the opportunity to acquire knowledge and develop new skills,” said Paolo, who is currently completing a Master’s degree with Anglia Ruskin University. “I still have lots to learn but am really well supported by my colleagues and appreciate all of the help I have been given since arriving in the UK.

“Nursing is very rewarding, and I would recommend it to anyone who is passionate about a career helping others. When I was a cancer nurse specialist, I would look after patients from their diagnosis right through to the end of their treatment and remission. I feel a sense of fulfilment when I see my patients and they still remember me and the care and support I provided. 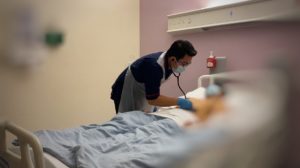 “Providing individualised and holistic support to patients and their loved ones is so important and can make a real difference to them. It’s lovely to receive a thank you afterwards as it shows you have had a positive impact during what can be a difficult journey for them.

“I think it is a real honour to be given the opportunity to touch people’s lives on this side of the world, but it is even a greater privilege when patients express their gratitude for being with them on their journey.”