Teenagers who have been unable to attend their face-to-face physio sessions are being offered the option of virtual online Pilates classes.

The physio team were concerned sessions had to stop due to the pandemic, so they decided to launch online Pilates for existing patients. 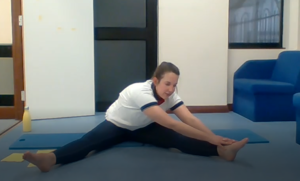 Penny Brown, specialist paediatric physiotherapist, said the team had noticed the teenagers were really starting to miss the sessions as part of their treatment, as well as offering some form of exercise for those who weren’t able to do PE at school.

“We really started to notice the gap,” Penny said. “We see high-school age children who aren’t doing PE, they’ve fallen out of doing anything physical, so this is a way to gently get them moving again.”

The team treat teenagers from the Ipswich area for many conditions such as chronic back pain, hypermobility or postural conditions. 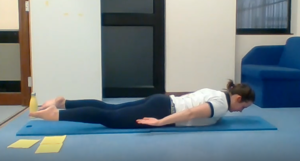 Penny added: “Pilates is great for trunk stability, postural awareness and spinal strengthening. It’s suited for lots of the children we see who have a range of issues.”

The weekly sessions were initially broadcast live but are now being recorded and uploaded to the Trust’s YouTube channel so they can be watched when convenient and also repeated if a patient wants to.

The classes are only for those who have already been assessed by the team and for patients between 11 and 16, so aren’t available to the public.