Three of our nurses and their team have been recognised for their commitment to caring for family carers on Lavenham ward. 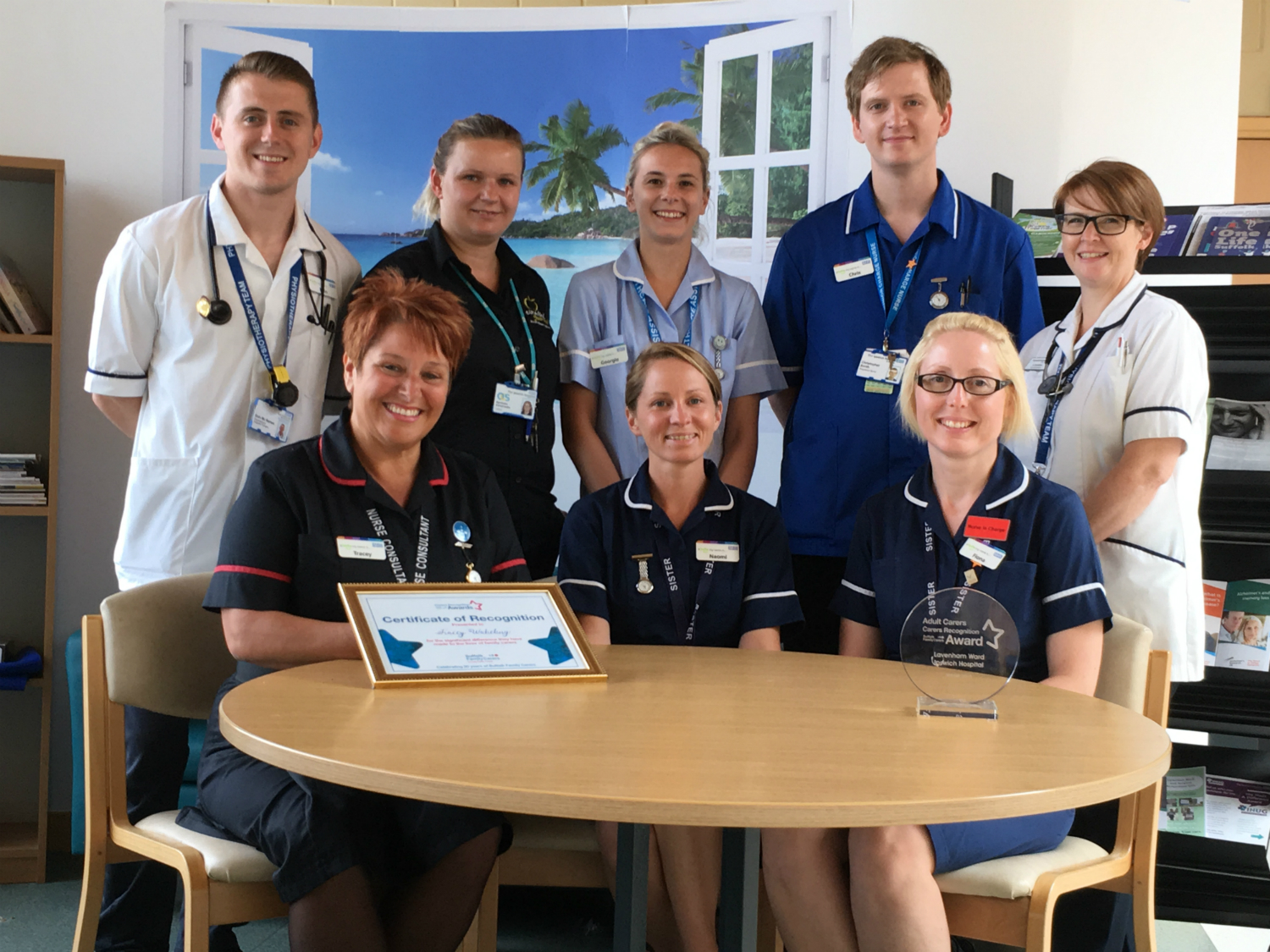 Family Carers play a crucial role in the lives of thousands of patients in Suffolk each year and their welfare is just as important as the people they look after.

They have introduced ways they can reach out to family carers. This includes daily bedside rounds to speak with patients and carers, monthly tea with sister for support and information, feedback cards pinned up for all to see and a carers kitchen with refreshments and information. They have also been supporting open visiting and working together to support discharge needs.

Suffolk Family Carers are amazing and it is a true privilege to work alongside them each day.