Ipswich Hospital patients helping each other find their voice 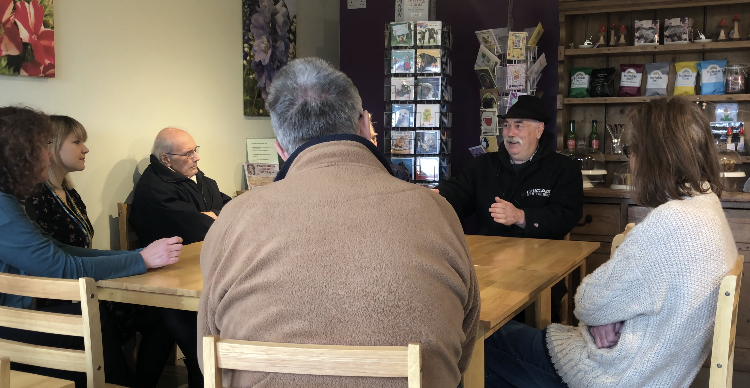 Aphasia is when a person has difficulty with their language, speech and the ability to read and write – most commonly after a stroke.

Ipswich Hospital patients meet once a week at Kiln Farm Café in Kesgrave, along with the hospital’s speech and language therapists. 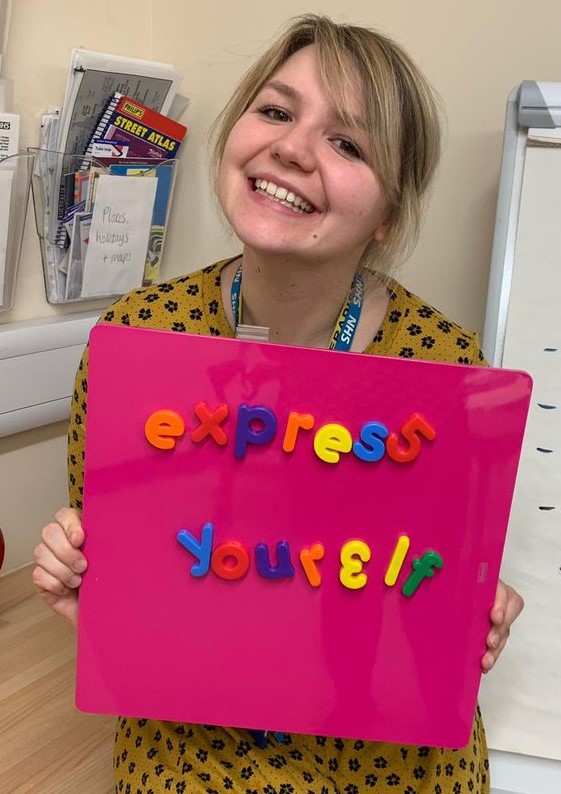 At the ‘Express Yourself’ group, they can share their experiences, talk about everyday life and help each other regain their communication skills.

Patients are referred to the group by their consultant and are able to attend for the first six months after their stroke.

Mark Hodder had a stroke in February this year and has been attending the group ever since. He said: “It’s been very helpful to meet people who are in a similar type of situation, discussing subjects that you are unable to prepare for prior to coming to the group. Things that are out of the ordinary.

“That helps your vocabulary and it helps you talk to a number of people at the same time.

“Everybody helps everyone else (with conversations), we all know what each other is feeling and how it can be difficult to find the right word to say.”

Fellow stroke patient, Paul Thurkettle, said: “When I first came to the group I would be asked a question and I would not want to answer it; I would just sit quiet and listen. Gradually, over weeks I got into it.

“My speech has improved. At first I would start something (a sentence) and get up to a point and would not remember anything else.”

Speech therapy assistant, Hilary Marriott, said: “The group gives members the opportunity to develop their confidence with communication: speaking to other people; speaking in a group situation; supporting each other.

“We have recently moved the group from Ipswich Hospital to the community to provide more of a natural, social environment where there will be background noise and people talking.

“Each member of the group has really grown in confidence and we have seen progress in each person that attends, from maybe being quite quiet and not saying much to the point where they are now initiating conversations and asking questions of each other.”

Specialist speech and language therapist, Elissa Poyner (pictured), said: “I have seen people use the conversation strategies we have given to them in a more confident way and also I have seen the relationship between the different people that come strengthen.

“The rapport has really grown, which is what we wanted to achieve from the group, and there is that social support and an opportunity to share experiences which has been really beneficial.

“There are aphasia groups around the country but what is rare is for groups to be set in the more acute stage after a stroke, which is what we wanted to target here.

“We wanted this group to be available to people up to six months after their stroke so that really makes sure that they are getting that support in the initial period afterwards which can be the most distressing and most difficult.”