Overnight her daughter, who was a married mum with a baby and a high-flying career, had her world turned upside down. Barbara Carr, who lives in north Essex, had to step in to look after her daughter and granddaughter, a role she continues to carry out as needed ten years on.

The 68-year-old former pharmaceutical consultant battled on for some time coping with the situation, looking after her daughter who “is ill at the drop of a hat” from her brain injury. 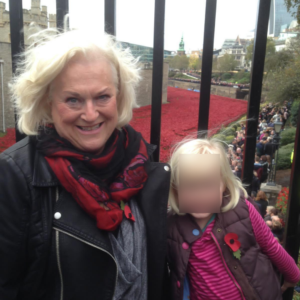 “I have had some pretty rough times. I lost my self esteem initially. It’s taken a while to build myself back up.” She said.

Barbara is like many people who have to care for a loved one and wouldn’t identify as a carer, yet continues to care not realising there is support available.

Barbara added: “My life is completely different now. I’m hyper vigilant and never really relax. I wait for that phone call and it’s taken a long time to adapt. I take my granddaughter to clubs, as well as advocating for my daughter and her ongoing treatment. You become an expert in your person’s condition.”

Barbara, who currently needs a hip operation, continued for a couple of years before realising she needed some support herself.

“I was at the end of my tether and I had run out of all my savings. I contacted Action for Family Carers and they were outstanding. I had a social worker round within days and they really helped. We are frequently sent to hospital where the hospital carer support adviser is useful giving information.”

If you are unsure if you are a carer and just want to ask contact the numbers below for more information and advice around issues such as respite and benefits, as well as being available for emotional support and a chat. 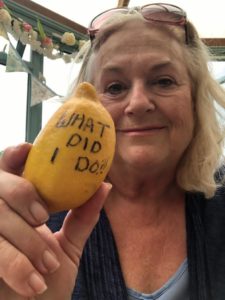 Although Barbara is still the number one carer for her daughter, who now lives five minutes from her, she has regular respite through a hospice nurse and also has personal assistant (PA).

She added: “I think you need emotional support as a carer. Most carers are struggling along in some state of depression all the time.”

But Barbara, who has a background in behavioural science, has become somewhat of a voice not just for her daughter, but also for many other carers. She’s an ambassador for Carers UK and HealthWatch Essex, as well as setting up her own support group called Care 4 Carers Club. 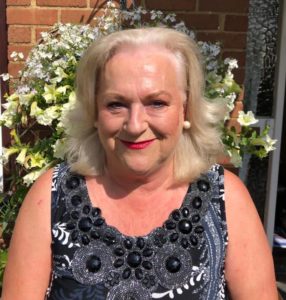 She said: “You get used to speaking for your person. You get used to fighting. And often you’re ignored. You know them and their situation more than anyone, yet often you aren’t the one anyone is listening too. It’s exhausting.

“I wanted to set up Care 4 Carers Club to help support other people in the same position and teach organisations like the hospital about the carers’ voice and needs. There were no online meetings, so we’ve set up Zooms and have had tea afternoons. We have coaching sessions available too. Carers need support, they need to engage, they need to have a voice.”

Shirley Black, patient experience engagement officer at ESNEFT, said that many people find themselves in positions of caring for someone and not recognising or identifying as ‘an unpaid carer’.

She said: “In the hospital people can become an unpaid carer overnight. Unpaid carers can be anyone, including children and adults who looks after a family member, partner or friend who needs help because of their illness, frailty, disability, a mental health problem or an addiction and cannot cope without their support.

“Having the hospital carer support advisors on site helps staff to ensure patients and carers are supported. You are not alone.

“If you care and aren’t being paid – you’re an unpaid carer, and there is support available out there. You do not have to push on through by yourself. Connect with the organisations, speak to them and they will be able to help you.”

For more information about unpaid carers and the support available, visit our website.

If you live in Essex read more about the support available in our hospital on our webpage.

If you live in Suffolk more about the support available in our hospital through on our webpage.