Patients having investigations for suspected bowel cancer at Ipswich or Colchester hospitals are now able to get a diagnosis or the all clear more quickly thanks to a new straight-to-test service.

The service sees a team of four nurses assess urgent GP referrals over the phone before offering them a colonoscopy within seven days. Previously, patients would be given an initial outpatient appointment within 14 days, then wait another two weeks for their tests. 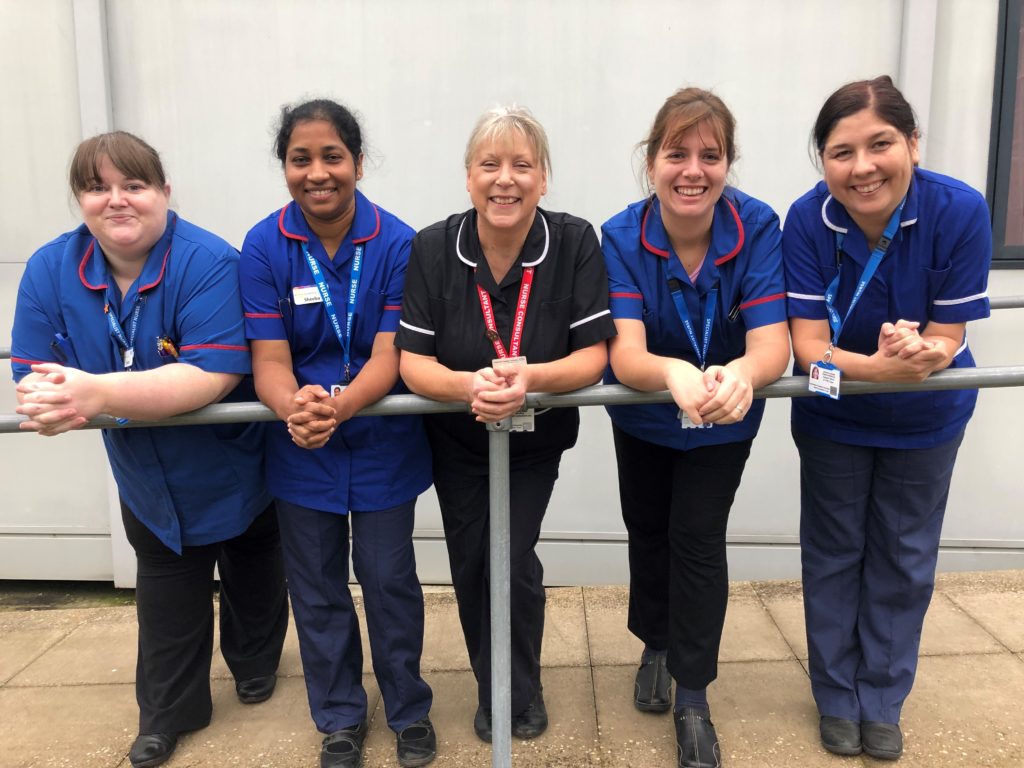 It has been introduced at Ipswich Hospital following its success at Colchester, where it has been running for two years. At the same time, a second nurse has been recruited to the Colchester team to increase its capacity so that even more patients can benefit.

Anna Wordley, GI nurse consultant, said: “We are delighted that we have been able to roll out this service at Ipswich while expanding it in Colchester.

“We know that waiting for a diagnosis or the all clear can be very worrying for patients, which is why it is so important to avoid any delays. This new service will shorten the time from referral to being reassured, as well as allowing us to start treatment sooner in the small percentage of cases where bowel cancer is diagnosed.”

In addition to bowel cancer, the team in Colchester are also able to assess patients with suspected gastric or oesophageal cancer and refer them straight for a gastroscopy.