Terry Hunt, 61, was given CPR by passer-by Lisa Perry after collapsing in the town centre, while a paramedic administered a shock with a defibrillator, in May. 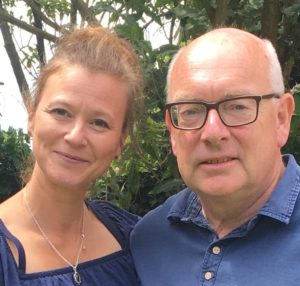 Recognising the skills that helped save his life Mr Hunt, a former editor of the East Anglian Daily Times and Ipswich Star, then became the first person to sign up for ESNEFT’s ‘Restart a Heart Day’ which saw more than 250 members of the public, including many children, learn basic CPR. 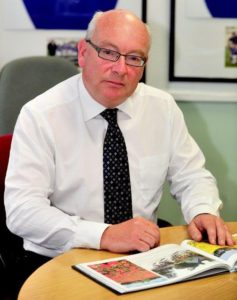 “It was an excellent event. In my session I was joined by dozens of high school children from Colchester and what was brilliant was that I was asked to stand up a say a few words as a living, breathing example of what knowing CPR can achieve. They were all very quiet while I was talking and hopefully it helped get the message across.

“It is not difficult to learn and it’s not hugely time consuming and you never know when you might need to use it. If I can learn basic CPR anyone can. God forbid someone keeled over in front of me before Restart a Heart Day. I would have been unable to do anything about it.”

Children from several school in north Essex and Suffolk took part in the event which was part of a bigger global event. UK-wide on the day, the target was to get 200,000 people to learn basic CPR on the day.

Resuscitation nurse Emma Thomson who organised the event, said: “We hope no-one ever has to use their CPR skills but in reality someone probably will.

“This event will help them make that decision about whether they are able to help and not just walk by.”