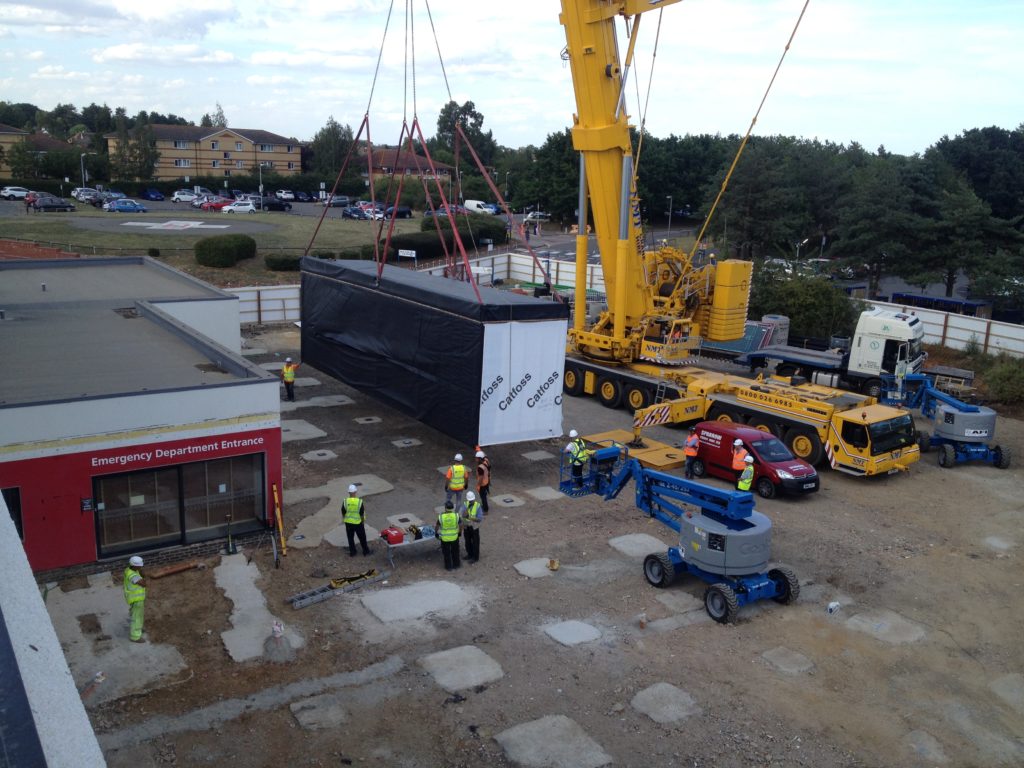 As work to improve and extend the front of Colchester Hospital gathers pace, 49 modular units will be arriving on the Turner Road site over the next seven days and lifted into position like building blocks by two large cranes.

This work will see the new single-storey Urgent Treatment Centre in front of the existing Emergency Department, along with a two-storey block directly in front of the former main entrance, take shape. 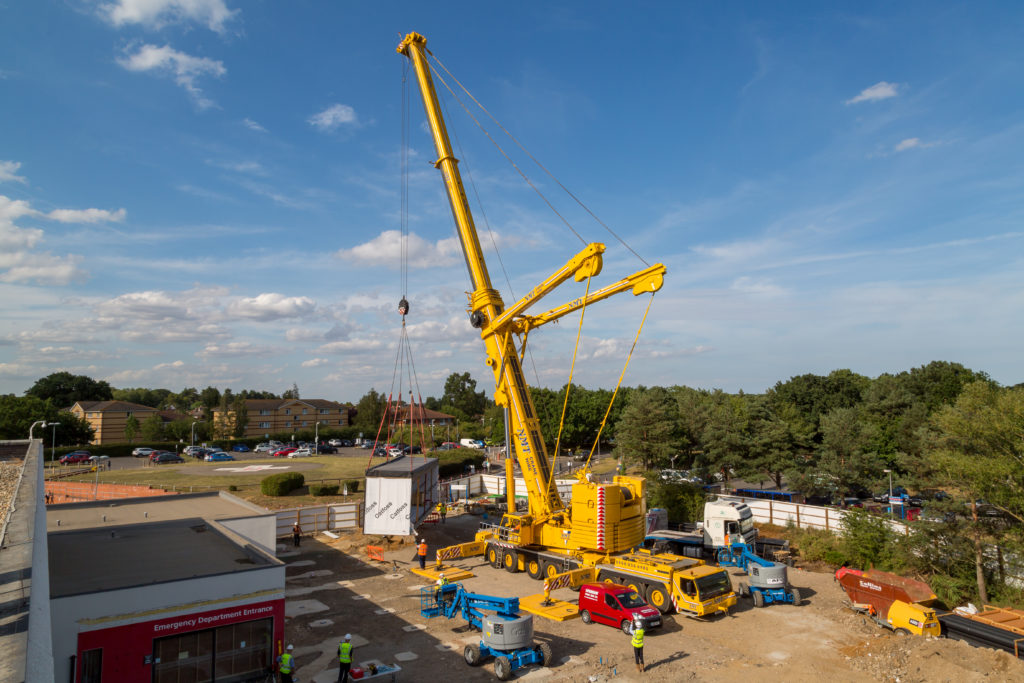 The work is being done in two phases:

Existing pedestrian routes into the main block and Emergency Department will not be affected.