A Colchester Hospital department has been honoured.

They have been recognised for performing a procedure (Endometrial Ablation) that helps women who suffer heavy or abnormal bleeding during their periods.

Led by consultant gynecologist Mr Fadi Alfhaily, the gynaecology department has named as a centre of excellence for their work performing the NovaSure procedure. 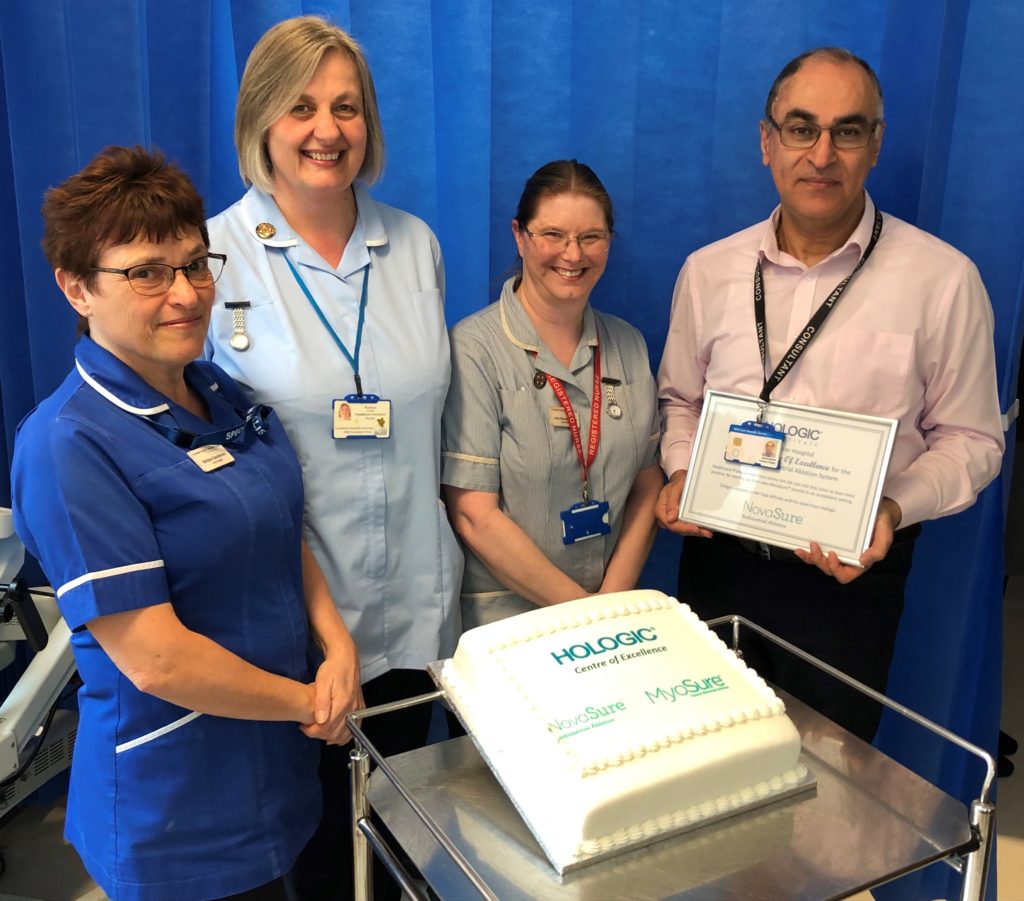 NovaSure can be carried out under local or general anaesthetic and ablates (surgically removes) the inner lining of a woman’s uterus – the endometrium – which can cause heavy bleeding during periods.

Mr Alfhaily said: “This is a very small procedure and non-invasive and is very effective compared to the old generation of procedures which were more invasive.

“The service has been very successful and the satisfaction of our patients has been very good. We are minimising the risk and complication for the patient.

“There are very few excellence centres in the UK and we are delighted.”

Mr Alfhaily has been practising NovaSure for the last five years but only in the last year have women been able to undergo the procedure as outpatients, which is one of the criteria for the award.

The award was made by Hologic who own the NovaSure brand and who are a leading innovator in women’s health, helping healthcare professionals around the world diagnose and treat their patients with precision, certainty and confidence.